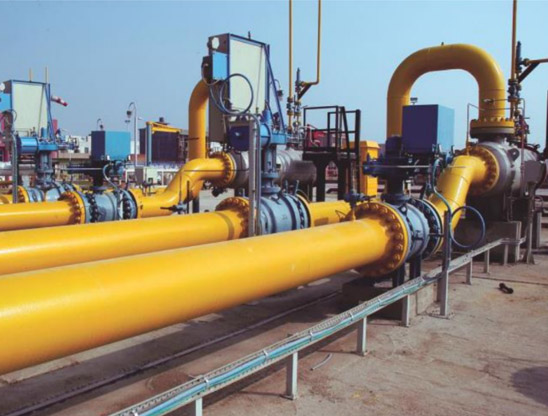 The power sector spurs the wheels of progress of a nation. Cross border energy trade helps in improving energy access to a larger number of people of the trading nations, faster and more economically. Studies have shown that Bangladesh has benefitted from the import of power from India, resulting in zero power cuts and achieving one of the fastest growth rates in South Asia, in recent times. Nepal has also benefitted by import of power from India, resulting in drastic reduction in power cuts and stable power supply in Kathmandu. Bhutan has benefitted from exporting its surplus power to India.

While electricity trading is already underway in South Asia, especially within Bangladesh, Bhutan, India and Nepal (BBIN), natural gas/ Liquefied Natural Gas (LNG) also needs to be seen as a potential area for cooperation for energy security in the region, including Sri Lanka (BBINS). Gas/ LNG consumption is expected to rise in South Asia. In Bangladesh, India and Pakistan, the industrial sector is the main contributor to growth in the gas sector.

Natural gas is less polluting than other fossil fuels for power generation, as also for transportation, household and industry sector. It also offers economic advantage as compared to other fuel options. It is also more suitable than coal for balancing the intermittencies of power generation by variable renewable energy sources and also for peaking power plants. Within the BBINS region, currently only India and Bangladesh have commercially exploitable gas reserves and produce domestic gas.

Gas accounts for nearly 66% of the total commercial energy consumption in Bangladesh, and as such it is truly the only gas-based economy in the BBINS region. Due to the decline in production of gas and projection of demand – supply gaps, Bangladesh’s Gas Sector Master Plan 2017 (GSMP 2017) has proposed pipeline connectivity with India near Khulna to ease out the constraints in gas supply hydraulics in the short to mid-term. For meeting the long-term demand, GSMP 2017 has also recommended a large diameter 500-km long pipeline from Myanmar to India via Bangladesh.

On the other hand, at present, India consumes about 170 mmscmd of gas. The country plans to increase the share of gas in India’s primary basket from the existing 6% to 15% by 2030. There are plans to connect the whole country with one gas pipeline grid, to help bring affordable fuel to people and industry.

It is interesting to note that while India would have some surplus LNG receiving capacity after 2023-24 and a significant part of its trunk pipeline network near Bangladesh borders would be ready to receive gas by 2021-22, Bangladesh, on the other hand, faces a supply and transmission crunch to meet the demand for its consumers in the western and northern areas bordering India. It, therefore, provides an opportunity in the BBINS region for India and Bangladesh to commence trade in the short and mid-term time horizon, from as early as 2022.

On completion of the ‘Indradhanush Gas Grid’, several cities in India, including Agartala, Silchar, will be in close proximity with Bangladesh on the eastern border with India. The issue is under consideration by Bangladesh for interconnecting their gas pipeline netwok at Satkhira border point; however, an agreement is yet to be inked. With its geographical location and upcoming pipeline and RLNG infrastructure, India emerges as a potential hub for furthering intra-regional trade akin to a ‘Hub and Spoke’ supply model.

India’s Hiranandani Energy (H-Energy), a natural gas company, recently signed a preliminary agreement with Petrobangla, a government-owned national oil company of Bangladesh, for supply of LNG to Bangladesh. Both the parties are likely to soon finalise a long term supply agreement to commence the supply of re-gasified LNG to Bangladesh through a cross border natural gas pipeline. The proposed 800 megawatt (MW) gas-fired combined cycle power plant at Rupsha in Khulna region of Bangladesh will be the major consumer of the imported re-gasified LNG (R-LNG).

This is Petrobangla’s second MOU with Indian firms to import the expensive R-LNG through cross-country pipeline. Earlier it inked a similar agreement with India’s state-owned Indian Oil Corporation Ltd (IOCL) to import R-LNG.

The Petroleum and Natural Gas Regulatory Board, the regulatory body in India, has authorised H-Energy to build, own and operate the Kanai Chhata-Shrirampur natural gas pipeline that connects its LNG terminal in West Bengal to the Bangladesh border, to enable cross border supply of re-gasified LNG into Bangladesh.

This deal is likely to spur more such collaborations between not just Bangladesh and India, but within the BBINS region as a whole.

The potential benefits of natural gas/ LNG trading in South Asia has been explored in detail in the study “Analytical Study to assess the potential of gas / LNG for Regional Energy Cooperation in BBINS region” conducted under USAID’s South Asia Regional Initiative for Energy Integration (SARI/EI).

The report analyses the issues and factors for dependability on LNG and affordability on a long-term basis; the economic value that Natural gas/ LNG offers over other fuels to the consumers in the region, and the potential and opportunities for regional cooperation.

The report will be soon launched through a webinar and will be made publicly available for the benefit of all stakeholders.